Received my package back from LVA yesterday (Tuesday) and it was a fairly comprehensive update for the 1889-P VAM-23 and VAM-7 Series. Four VAMs were revised and one eliminated, plus 15 new plate photos. The revised VAMs are VAM-7, VAM-7A, VAM-7B1 and VAM-7B2. The VAM that was eliminated was VAM-5G (it should never have been VAM-5G). While the update is not entirely accurate we are definitely headed in the right direction. I have a package going out on Monday that should clear some of this up.

In the next month or two I'll be updating the VAM-7, VAM-7A, VAM-7B1 and VAM-7B2 pages with high resolution photo's that will show the die state sequencing (major die states) for each VAM. VAM-23B is already done.

Finally, interesting theory LVA has on the old VAM-5G which is now VAM-7 Obverse die #1. Checkout LVA’s theory towards the end of his letter.
All of the VAM pages have been updated. 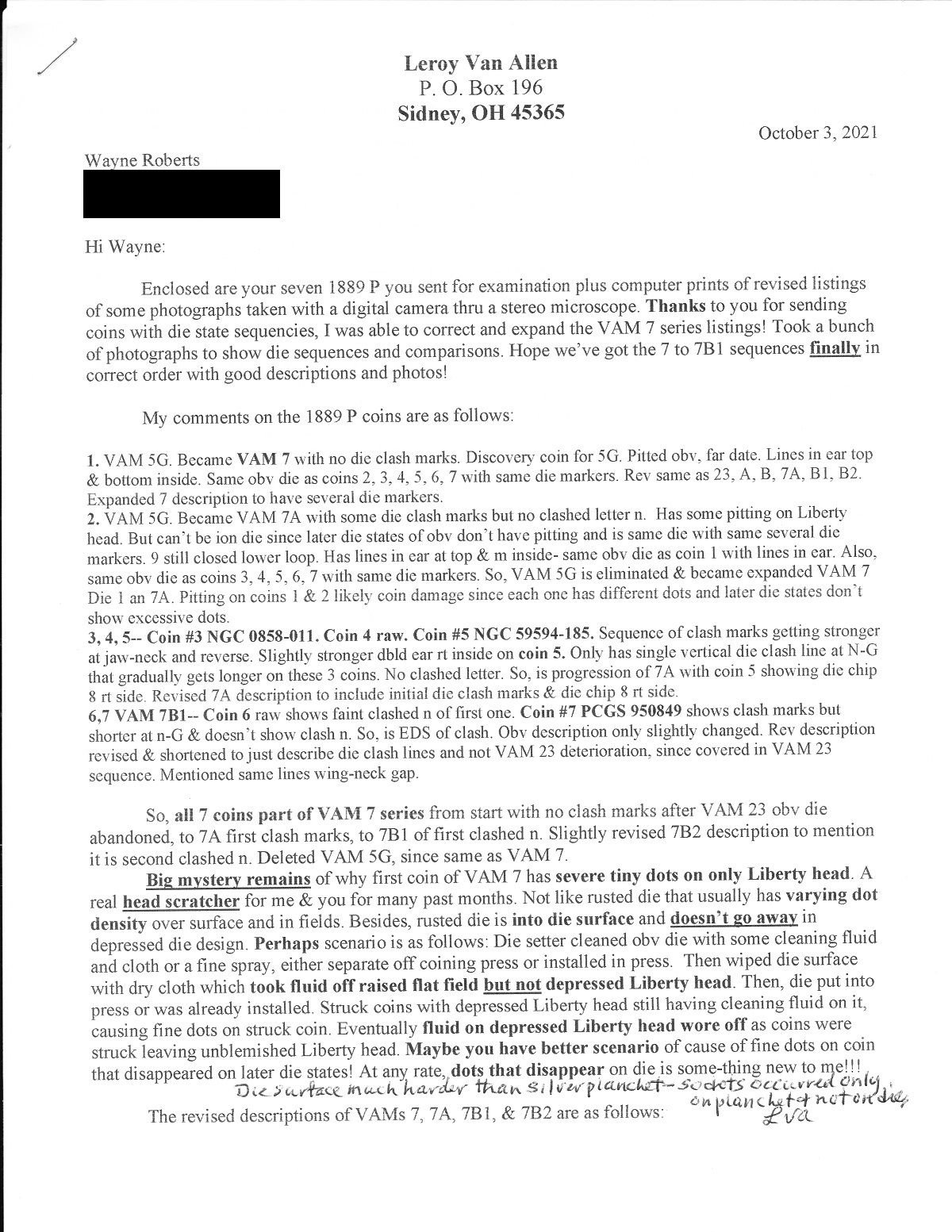 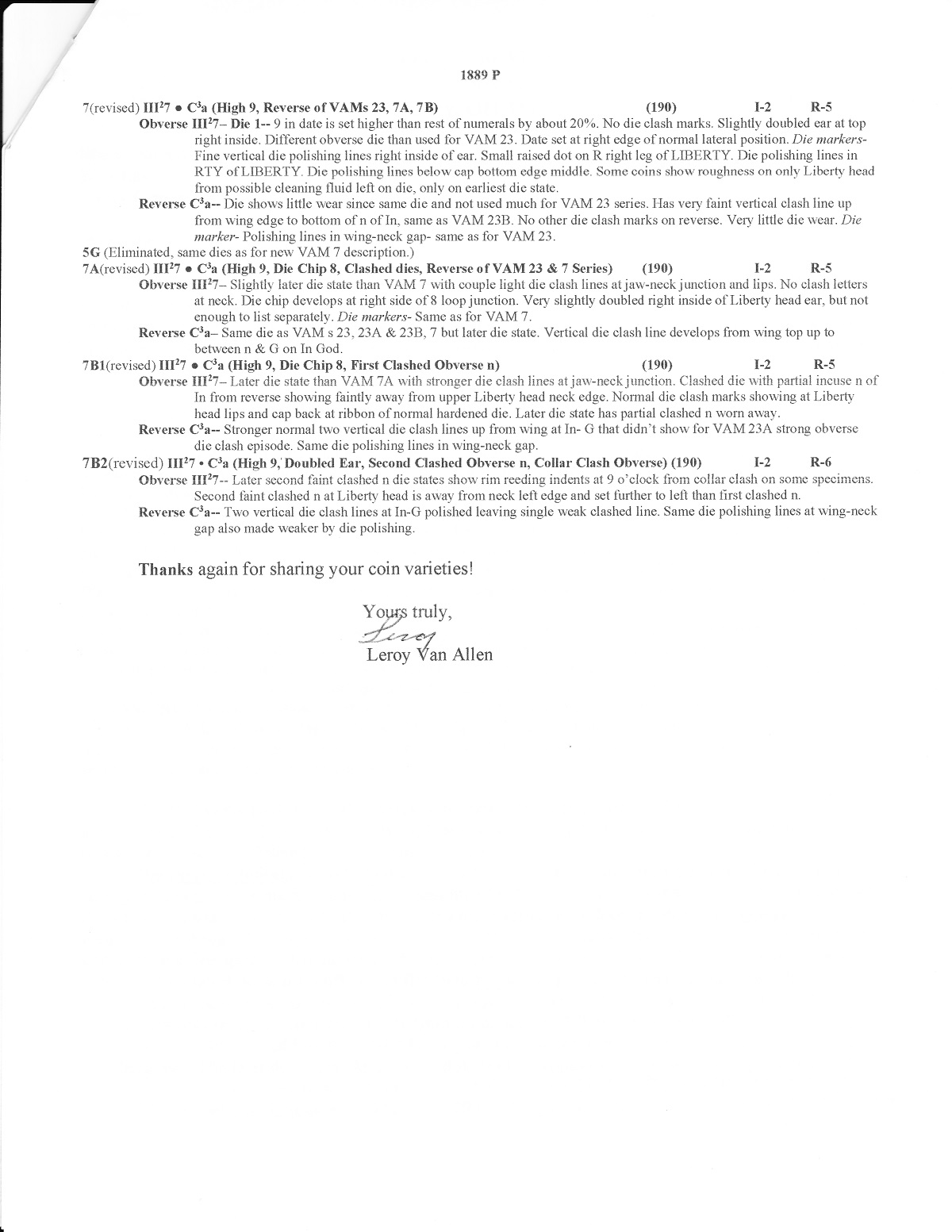 Similar to @fogie, my head hurts but I LOVE the convoluted story that is unfolding.

Reminds me of my family tree...

Great job for helping clarify the situation even slightly.
Top

Great work Wayne! I just added what I believe to be a 7B2 LEDS to my collection.
1883-O nut
Top

Thanks guys! The reason it kind of seems convoluted is there are numerous things that still need to be ironed out. One of them is there is a die sequence that is still not listed. That should be taken care of with my next submittal, but that may in turn deepen the story behind the mystery dots.
Last edited by PacificWR on Fri Oct 15, 2021 2:29 am, edited 1 time in total.

Nice addition to your collection.

You guys are having too much fun!
Top