I received this coin today from an Ebay auction. At first I thought it was fake, but did some measuring. From what I've read, the official weight tolerance range for an uncirculated Morgan is 26.73 grams +/- .097 grams, 412.5 grains +/- 1.5 grains.

Also, that spear anomaly at the eagle's right shoulder is not incused, but raised on the outside edges as if there were a major gouge/cut of some kind in the die. It's perfectly straight, so as to what tool or mechanism made the mark is up in the air. Discuss... 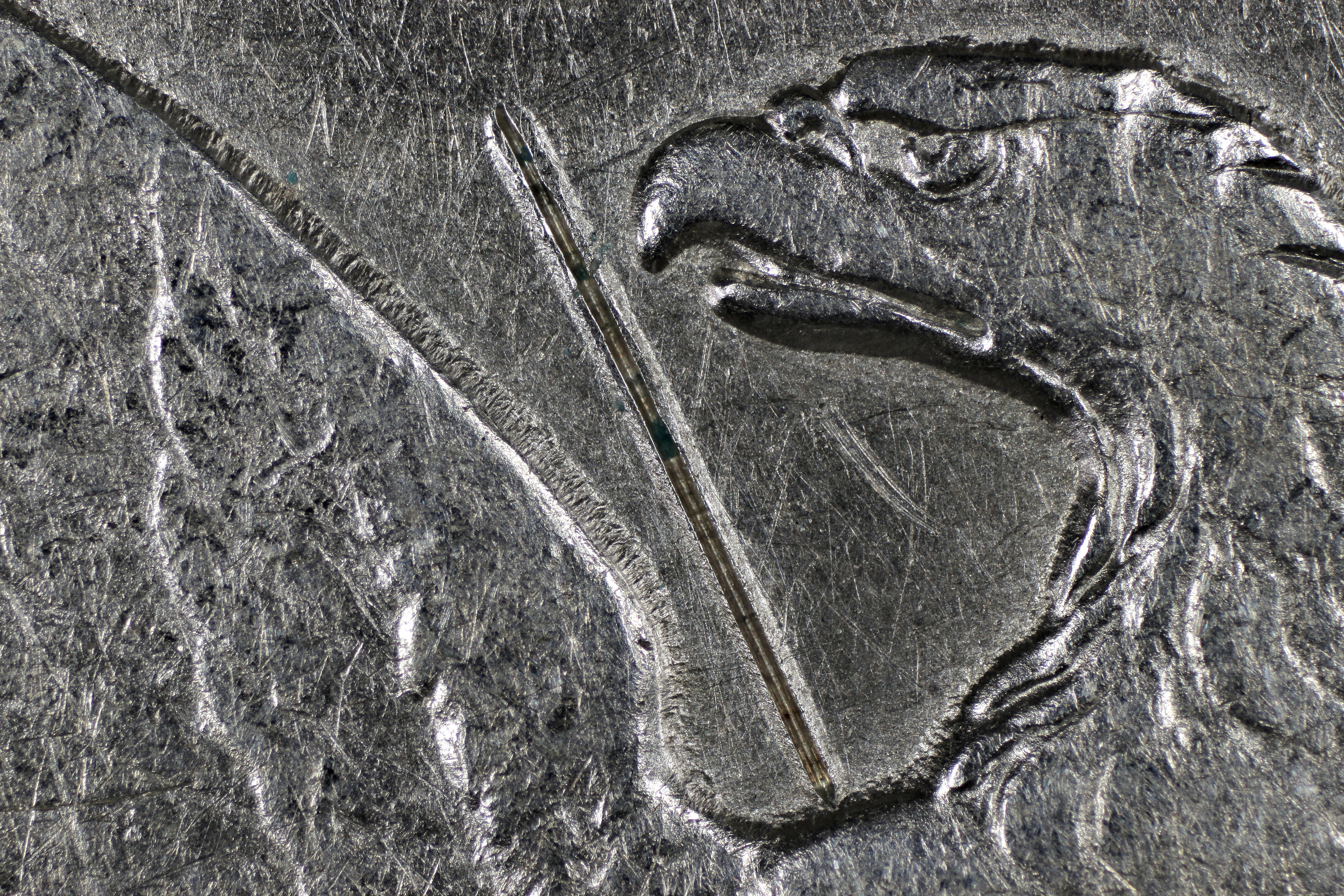 It's a knife / cut mark. Recessed in the middle where the knife was drawn with humps on the sides and end where the metal was pushed up.
Alonzi VW 2.0!
Top

CascadeChris wrote: ↑
Tue Jul 10, 2018 12:16 am
It's a knife / cut mark. Recessed in the middle where the knife was drawn with humps on the sides and end where the metal was pushed up.

Pretty damn straight, huh? Also, what are your thoughts on the VAM characteristics? Any guess as to a listed VAM?
Top

I agree with the knife cut.

What's between the A R of dollar?
Top

The reverse dies, for both J and K, may currently be described as collapsed. Possibly a kill; even if the die pairs are different.
Top

Under the scope, it looks like a couple of scratches.
Top

I looked and there are two possibilities: VAM 1K and more likely VAM 31. Hope this is helpful.
Top

Where do we look up vams on this site?
Top

VAM viewing is not set up here yet. Go here until it is:
http://www.vamworld.com/Morgan%20VAMs%20By%20Date